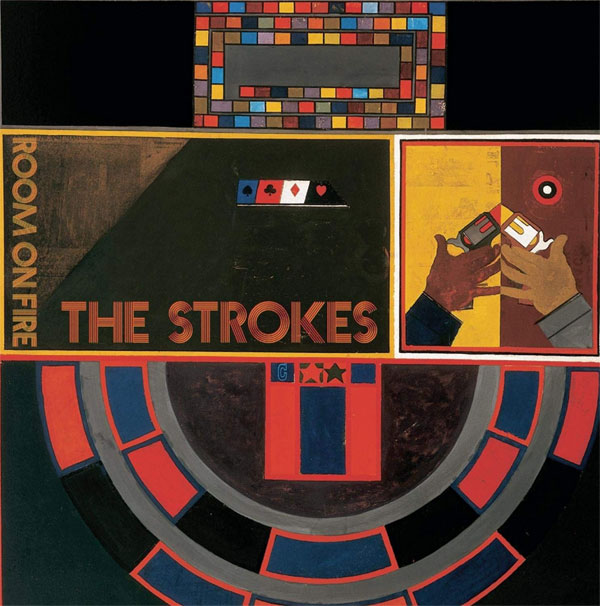 You don’t know what you think. We don’t really know what we think. That our budget won’t stretch to mailing a pendulum and pocket Paul McKenna to every reader is a crying shame (a Flash animation just wouldn’t do the trick). That’s the only way we could imagine you – both the serial sceptics and unfaltering scene stalkers – approaching this CD with any degree of restraint or perspective. Because it really doesn’t deserve what it will get from either END_OF_DOCUMENT_TOKEN_TO_BE_REPLACED

Matt Harding’s debut album, 2001’s ‘Tomorrow’ was an eclectic relaxant, unhurried visions, comfortable electronica and easily obtained victories in variety abounded. Nothing that he needed seemed too far out of reach, everything was a simple matter of fact, it was a haven of sloth with an active mind. And everything that applied then applies now. Only he seems even more chilled these days, time in-between albums could no doubt be plotted on a descending graph. The commitment he talks of END_OF_DOCUMENT_TOKEN_TO_BE_REPLACED

It seems to be the consensus of opinion that whilst this is a mighty fine collection of soul, funk and disco what actually set the landmark series of Another Late Night/Late Night Tales albums apart from the rest was the fact they culled together some of the most varied and eclectic music straight from the four points of the heart itself. You take an artist and you ask them to compile an album of music that inspired them most. And END_OF_DOCUMENT_TOKEN_TO_BE_REPLACED

I have to confess that I skipped Disc 1. I’m a philistine, I know, but even with my Beatles pedigree I couldn’t even try to pretend that 70 or so minutes of Anoushka Shankar was going to please me in any way. Maybe twenty years ago when my virtually every purchase was informed by fab four mop-top shenanigans and post-fab spin-off shenanigans, but not now. Christ, I bought the ‘Concert For Bangladesh’. I even bought John and Yoko’s ‘Wedding Album’. END_OF_DOCUMENT_TOKEN_TO_BE_REPLACED

Carl Faure, one half of the ‘worlds-colliding’, Black Grass attests: “The relations between genres and between underground and the mass-market is actually really fluid. You can’t separate out music. The album that we’ve made is an embodiment of that idea.“ Both the press release that accompanies this self-titled debut album, and the music itself hypothesize about the fluid melding of cultures and styles. And yes, it’s a fairly cosmopolitan palette: hip hop, jazz, soul, chill out, reggae, house, funk, R END_OF_DOCUMENT_TOKEN_TO_BE_REPLACED

What we liked about Nick Dresti’s take on ‘I Would Die For U was its ludicrous, big, shiny intergalactic approach to a classic Prince song. By way of a contraction though, what makes this album suck is exactly the same thing. Well almost. Coming about as close to George Michael and Prince as you could possibly get outside of a lavatory cubicle, ‘Always and Forever’ is little more than the eager delusions of a slick fantasist. ‘Crazy Talk’ is to END_OF_DOCUMENT_TOKEN_TO_BE_REPLACED

As intensely as she screams like she’s ruptured a spleen and is strapped down in a dirty back-street surgery without anaesthetic getting a new one fitted, as many of rock’s male fraternity that she picks off and spits out in a bloody heap and as many people as she continues to knock out of the way without a drop of respect like Neanderthal woman with a club and a guitar on her back, The Distillers will always just be nu-rock’s END_OF_DOCUMENT_TOKEN_TO_BE_REPLACED

‘Samey’. It’s not in the dictionary. It’s not in your thesaurus, and it’s similarly unlikely to be in your ROM based Office lexicon. So what does it mean? Unexciting? Not exactly. Repetitive? Perhaps.  Boring? The jury’s out… But ‘samey’ this album is. Bon Jovi love playing acoustically. Anyone who has seen their best performances in the last 10 years will tell you that, and for a handful of songs in the midst of a fist to the ceiling high wattage END_OF_DOCUMENT_TOKEN_TO_BE_REPLACED

Therapy. Some people take to the couch, the chair, go shopping, try jogging whilst others, like Peter Gabriel, shave their heads, experiment with the diceman philosophy, hang upside down from gravity boots, immerse themselves in Samadhi floatation tanks and spend the best part of 25 years exploring the elusive terrorscapes of their own fantastic imaginations through music. The greater burden of life is never that which goes into it – it’s that which comes out. And the same could be END_OF_DOCUMENT_TOKEN_TO_BE_REPLACED

‘Speaker-bustin dance music’. Says it all really. And whilst the term ‘techno pioneer’ might be an outrageously overgenerous moniker for anyone whose greater body of work was crafted in the mid-nineties, there’s no doubting that Dave Clarke is an undisputed beat champ. He might be a little misunderstood, he may have a fight on his hands in troubling the mainstream, but as ‘Devils Advocate’ confirms, Clarke is incendiary fringe material. The one-time hip hop and soul DJ weaved hip hop END_OF_DOCUMENT_TOKEN_TO_BE_REPLACED