This a record of and for a moment. And because of many. It’s a result of love, or rather loss and inadequacy, but – and here’s the good part – it’s a big lummin’ oh-fuck-it celebration of those things, not a lament. We get chance to laugh with and at chief protagonist Eddie Argos, but most of the time we want to throw our arms around him. And it takes a true knack to inspire that kind of affinity. It’s END_OF_DOCUMENT_TOKEN_TO_BE_REPLACED

A lot of what follows depends a great deal on how you respond to the Gorillaz’ whole Marmite concept. They still attempt to give the impression of being a unique prospect (and maybe they are, for now, that is until the Crazy Fuppin’ Frog hits number 1 this Sunday), but that doesn’t change the fact that under the virtual costumes they are a super-group skillfully managed by the suits at EMI. And super-groups never work as well as those involved END_OF_DOCUMENT_TOKEN_TO_BE_REPLACED

If the London-based Four Tet’s third album, ‘Rounds’ confirmed Kieran Hebden to be master of ceremonies in the laptop-come-bedroom musician stakes and something of a contradiction in terms to boot, then ‘Everything Ecstatic’ should complicate matters further with its uneasy and often disturbing potpourri of buzz-saw jazz, ambient and loop heavy electronica. Whereas ‘Rounds’ focused on the all-together more beautiful organic matter of gentle European folk music, ‘Everything Ecstatic’ whittles a considerably more rough-edged beast based around mutating percussive samples, END_OF_DOCUMENT_TOKEN_TO_BE_REPLACED

Face The Truth, Don’t Believe The Truth? What is it with bands and their less than courteous request to consider some clear and inalienable certainty at the moment? First Oasis, now Stephen Malkmus. Next thing we know we’ll have both Whigfield and the Cheeky Girls instruct us to ‘Regard With No Small Degree of Mortal Dread The Unbearable Lightness of Being’. In a cheeky styleé of course, and with enough bottom cleavage to conceal the entire population of a small END_OF_DOCUMENT_TOKEN_TO_BE_REPLACED

There was that police chap recently, who avoided a whopping speeding fine for doing about two-thirds the speed of sound through a built up area after dark in an unmarked car. Citing, in his defense, that he was merely familiarizing himself with the inbuilt hyper warp drive or something, he claimed he was, ergo, acting responsibly. And maybe he was. If that’s the case then maybe we can assume that Corin Tucker is doing a similar thing on behalf of END_OF_DOCUMENT_TOKEN_TO_BE_REPLACED

They’re wide open for pot shots. Indie band squatting off-piste on infamously innovative electro label. Indie band as topical and new-wave as the next. Indie band that sound like another indie band that already exists just down the road. So are Maximo Park just The Futureheads, on the wrong label, without the definitive head-shaking harmonies and money spinning cover version, and only the A184 separating them? Well, absolutely not. And then yes, a bit. There’s no ignoring the similarities that END_OF_DOCUMENT_TOKEN_TO_BE_REPLACED

If I told you Matisyahu was a man courting the strict straddling beard of a member of the Amish community and dressed in the ascetic black suit of a Hasidic Jew regaling us with lolloping reggae narratives in a faintly unlikely Jamaican accent you’d laugh. But the sad truth of the matter is, Matisyahu is all this and more. A 25-year-old follower of the Lubavitch sect, Matisyahu (who grew up Matthew Miller) nurtures his adolescent love of Bob Marley with END_OF_DOCUMENT_TOKEN_TO_BE_REPLACED

Five musicians from five very different musical backgrounds all moving in five very different directions but all having one thing in common: they’re all in for the same big disappointment. Benzo’s debut album perfectly crystallizes the problem encountered by too many bands at the moment: consummate and stylish delivery with a poverty of compositional talent. The sound is grand, elaborate and twinkling with all the protracted angst and intensity of British progressives like Muse, Doves and Radiohead whilst still nervously END_OF_DOCUMENT_TOKEN_TO_BE_REPLACED

Musically competent and literally oozing with a generous helping of smooth, delicious soul jam, the West London-based musician/producer Mark de Clive-Lowe returns with his latest full length release, ‘Tide’s Rising’ which continues his exploration of jazz-infused modern soul with a dozen or so tracks that should grease up your mojo as much as your media-player in time for the those similarly spicy rays of ultra-violet this summer. On top of the propulsive syncopation of the bass there’s percussion aplenty – END_OF_DOCUMENT_TOKEN_TO_BE_REPLACED 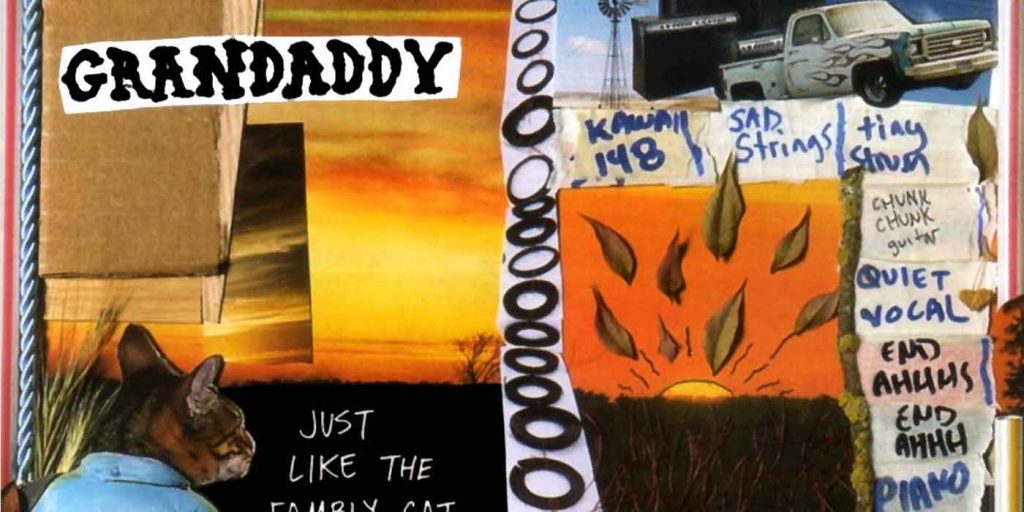 There are probably a thousand fancy guitar-shaped platitudes you could string together to form a wreath to lay at the foot of this painfully grand departure. Parting is such sweet sorrow. Sometimes you have to grow farther apart to keep growing together. Yesterday brought the beginning, tomorrow brings the end but somewhere in the middle we’ve become the best of friends. Do not go gently into that good night. Personally I prefer a phrase my late Dad used to repeat END_OF_DOCUMENT_TOKEN_TO_BE_REPLACED