So there we have it: the death of David Bowie, trending in its now customary fashion along the volatile cardiac graphs that characterise Social Media. It’ll probably reach a peak over the next few days when the waves on the Cultural ECG monitor practically shoot off the screens. It’s been a long time coming. 69 years to be precise but it arrived with no less shock and awe than Aladdin Sane and Ziggy Stardust combined. 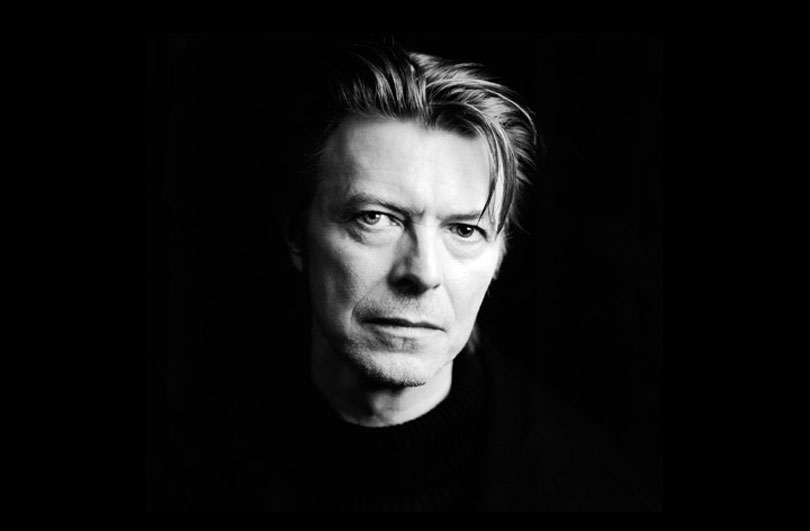 Last night’s News 24 saw a solemn procession of talking heads grappling for the killer phrase most likely to preserve his genius (and their own careers) in amber, as if ‘nailing’ the man would somehow stop his inevitable slide from this world to the next. It didn’t, it won’t and the uplifting sense of profundity we’re all experiencing now will eventually give way to a bleak, unwelcoming loss.

As trending subsides and press euphoria begins the sorry task of moving on, there will be those who will write-off Bowie as a populariser rather than a pioneer, but this would be like dismissing the Sherpa mountain guides who routinely tackle Everest as little more than ramblers. For Bowie and his audience this was always about path-finding, providing routes. Whether it was music, theosophy, sexual ambiguity, or the more far-out extremities of performance art, Bowie took the raw, unscrambled data and plugged it straight into the cultural matrix. A little imagination took care of the rest.

In terms of rock n roll, his dalliances were promiscuous but never pornographic. He was alien in every sense of the word, and it’s been nothing short of a joy watching this passionate extraterrestrial make sense of his alien world and to some extent share in his isolation.

I made an off-the cuff remark on Facebook. A friend had posted a link to Bowie’s 1997 album, ‘Earthling’, remarking on Bowie having entered his ‘Drum n Bass’ period at this time. I responded by saying that his death was all the more sad because I was really looking forward to seeing Bowie entering his hornucopian dronepipe period. It was a flippant way of looking at things. Whilst there is really no denying the ‘Picasso of Pop’ was willfully diametric and stole from other artists as skilfully and as cheerfully as a klepto’ in a giftshop for the blind, it was his skill in being able to re-calibrate these concepts for the masses that made him so unique. His excitable fascination with the world of ideas, signs and sounds, coupled with a beautiful pop-sensibility and a sexy, hazardous edge gave him a brilliance and a diffuseness quite unlike other stars. His sleight-of-hand magic tricks also allowed him to lift the things that had only ever been allowed to occupy the sidelines and the margins and relocate them centre-stage. He upset and then healed the order of things, engaging in semiotic warfare with whatever snarling beastie was trying to dominate meaning at the time. The sheer kinetic energy he brought to the marginal and forbidden broke down those megalithic walls and launched them into the mainstream. He was the classic light bearer.

In terms of rock n roll, his dalliances were promiscuous but never pornographic. He was alien in every sense of the word, and it’s been nothing short of a joy watching this passionate extraterrestrial make sense of his alien world and to some extent share in his isolation.

The triumph of Space Oddity wasn’t in conceding that we are alone within the vast expanse of space, it was in recognizing the endless capacity for hope that this tiny, isolated figure leaping through the door of his capsule represented to an anxious world. The natural vagaries of time and mortality may crush Major Tom eventually, but temporarily at least our spaceman can only gaze upon the sheer, gorgeous wonder of it all. It’s the folks back home that are fretting. Tom himself has found nothing but peace. It’s a moment of pure Zen, pure deliverance. The real pain humanity experiences is in resisting change and death. The Major’s spaceship knows which way to go. It accepts the course that’s been chosen even when its navigation core has shut down. God, grant me the serenity to accept the things I cannot change, The courage to change the things I can, And the wisdom to know the difference. It’s about finding serenity even in the most hostile and the most unfamiliar of places. For David it was in music.

David’s wife Iman Tweeted shortly after his death, “Sometimes you will never know the true value of a moment until it becomes a memory”. And if I was to go outside and look up at the sky on this generously clear evening I’d again be reminded that the light from the nearest star can take up to four years to get here. It too is a distant memory.

And as the man breaks back down into pure radiation, into that series of waves and particles that made him shine so brightly, it will be our turn to light the journey.

For the moment at least, we are stars. 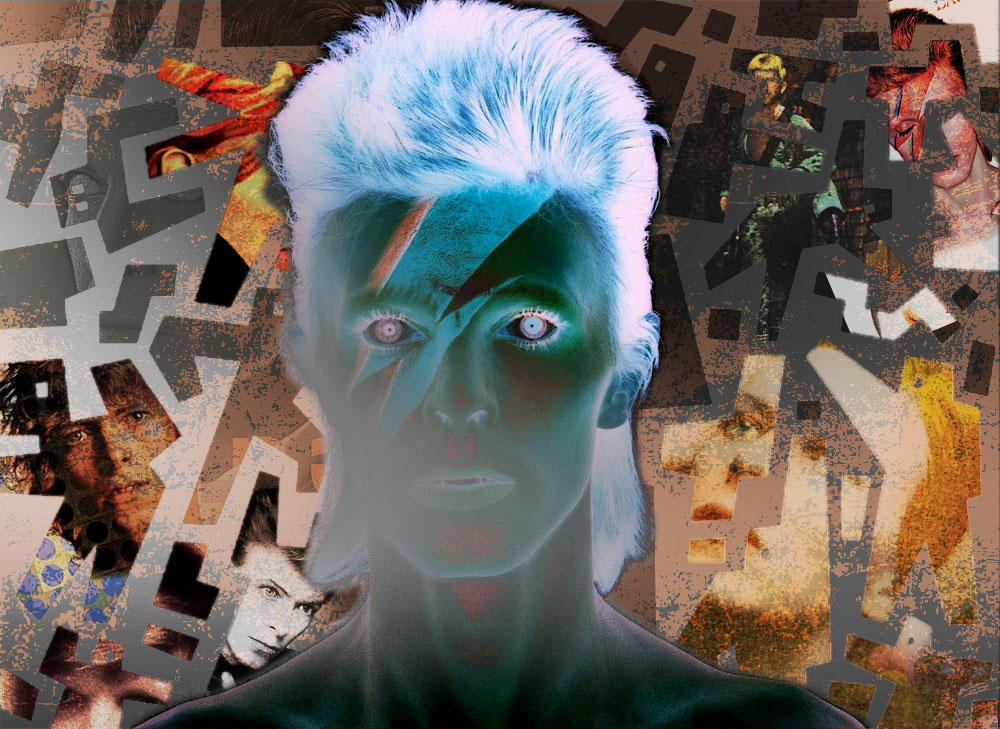