In some ways it seems entirely fitting that the death of Beatles producer, George Martin wasn’t accompanied by a burst of dramatic orchestration, a piccolo trumpet solo or a tumultuous crescendo of instruments followed by a dramatic final chord played on three different pianos. That’s because a really good producer is one you barely know is there. They sit quietly in the background as unassuming and supportive as the gentle whir of the tape as it purrs along to the music. Or at least they did until it all went digital. 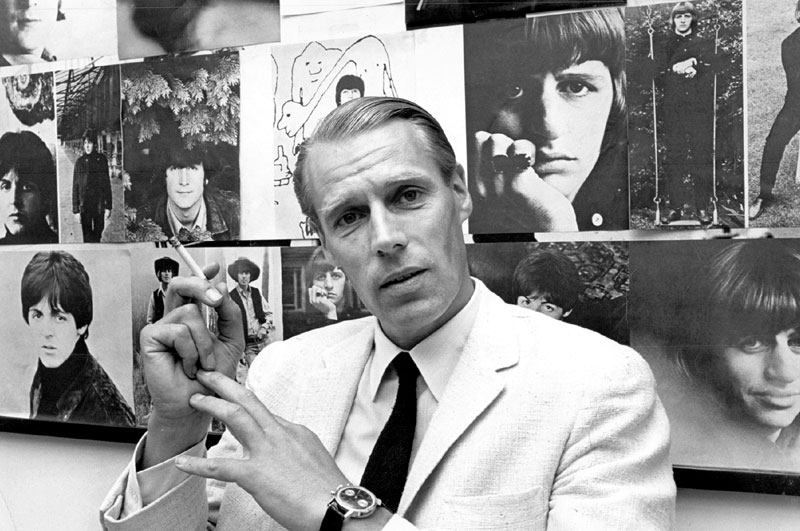 Like all the slickest licks, fills and chops, good producers buried their best work deep into the mix. And it is on account of this burial that the gift of eternal life gets bestowed on those raw, unfinished ideas. Unless of course you’re talking about records by the Spin Doctors, Sheila B and the Devotion or Dean Friedman. None of which benefited from production at all. They were all dead on arrival, so to speak.

It seems peculiar now to think that we ever really doubted the identity of the Fifth Beatle. In a fashion that was as suspenseful and enigmatic as any Third Man or Cluedo spy thriller, Beatles fans the world over would furiously debate the worthiness of each candidate, nervously putting forward their merits, and just as nervously retracting them when it became apparent they were ridiculous. Tinker, Tailor, Soldier, Spy, Billy Preston, Jimmie Nicol. Just who was the Fifth Beatle?

Was it the cool but deeply dyspraxic Stuart Sutcliffe? A prodigious enough talent when it came to the canvas but a seriously unskilled musician, who as suave as he looked and as bohemian as he acted couldn’t hold a tune in a bucket. Or was it Pete Best (with a drumstick rather than a candlestick), the Beatles original drummer and the only drummer in the world to make Ringo look like Keith Moon.  Even the Beatles road manager, Mal Evans got a look in with the anorak crowd, but his resume, whilst enthusiastic, was fairly minimal on closer inspection. Mal clanged away at the anvil (roughly in time to the music) on ‘Maxwell’s Silver Hammer’, he played a single organ note on the final verse of ‘You Won’t See Me’, did handclaps on ‘Dear Prudence’ and shovelled gravel as part of the rhythm track for ‘You Know My Name (Look Up The Number)’.

As contributions to popular music went, it was hardly in the same league as Burt Bacharach or Phil Spector.

And though Brian Epstein might have shared the Fab Four’s passion for suits in the early days, it was difficult to imagine such an immaculate and sophisticated man doing the wild and uninhibited shakey-head thing in the ‘shake-it-up-baby-now’ bit on ‘Twist and Shout’. Neither twisting nor shaking would have been tolerated in the Epstein household, with the possible exception of the 80-year old Queenie Epstein who’d developed age-related Parkinsons Disease by the time Beatlemania came along.

Let’s face it, as fun (and as criminally extended) as all those late night pub discussions were, the only credible candidate was mild mannered George Martin. In fact he was the only  option among them that you didn’t need five beers in your belly to get loud and expressive about. George was the man from EMI who contrary to the wishes of his bosses travelled to Liverpool to watch The Beatles run through their set at the Cavern. By his own admission they didn’t really have any decent songs of their own, but they had a charm and an energy that he knew he could work with. And work with it he did, much like a rain shower works with the light to produce a rainbow.

There’s nothing overly complex or mysterious when it comes to explaining the success of the pairing. The Beatles were literally bursting with sheer kinetic energy. A raw, intuitive grasp of harmony and composition and a kick-ass disregard for the rules was beautifully re-calibrated by Martin. Like the collarless jackets, the mop-top fringes and those rubbery Cuban heels it was a combination that should never have worked, not on paper, anyway. On the one hand you had the classically trained ex-Royal Navy Officer with a love of crisp, precise arrangements (who’d somehow got lumped with doing comedy records) and on the other you had four untethered scallies who didn’t know a treble clef from a goose egg. And this is why it worked; they deviated from the routes expected by each of their respective masters.

You can’t plan or predict for this kind of marriage: Martin knew little about Rock n Roll and The Beatles knew even less about the power of a good arrangement. One would benefit from a particular kind of mindset, and the other would benefit from a particular kind of skillset. It was quid pro quo; an exchange of goods and services based on mutual respect and a shared disregard for the rulebook. Put the five of them in the the small, confined space of Studio Two at Abbey Road and something magical would happen. A similar phenomenon occurs in your average internal combustion engine. Put just a tiny amount of high-energy fuel in a small, enclosed space and ignite it, and you release an incredible amount of energy. The resulting gas would expand in a none too spectacular fashion if it wasn’t for an intricate system of cylinders, valves and pistons — and this is what Martin brought to the table: a way of channeling that raw, unbridled energy.

And it’s not even taken two pints of lager to recognise such a quality.

It’s not quite as simple as that, of course. Nothing ever is. Whilst the string-quartet on ‘Yesterday’ and the baroque-style doubling up of the piano on ‘In My Life’ made it clear that Martin was getting them to think very differently about rock music, the surrealism the band had brought to the studio with songs like  ‘A Day In The Life’ and ‘Tomorrow Never Knows’ was quietly (and irrevocably) transforming Martin’s own understanding of arrangement and composition.

It’s said that it’s the mutual effects of certain hormones in the body that have the biggest impact on skeletal changes when we’re young. And this is how I view the partnership. The Sixties was adolescence and The Beatles were its growth spurt.

Inevitably this enduring whodunnit mystery didn’t lead us to Colonel Mustard with a spanner in the billiard room, it led us to a  softly-spoken gent called George in Studio Two of Abbey Road Studios with a pre-patent sonic screwdriver.

At the age of 90 it would be pretty disingenuous to describe his passing as a great loss – at least where music is concerned. The greatest loss came twenty years ago when hearing loss resulted in Martin handing the task of recording ‘Free As A Bird’ and ‘Real Love’ to Jeff Lynne (bless him). And when you leave this kind of legacy, you never really leave at all. As long as young minds are still dreaming and ears are still listening the score goes on. 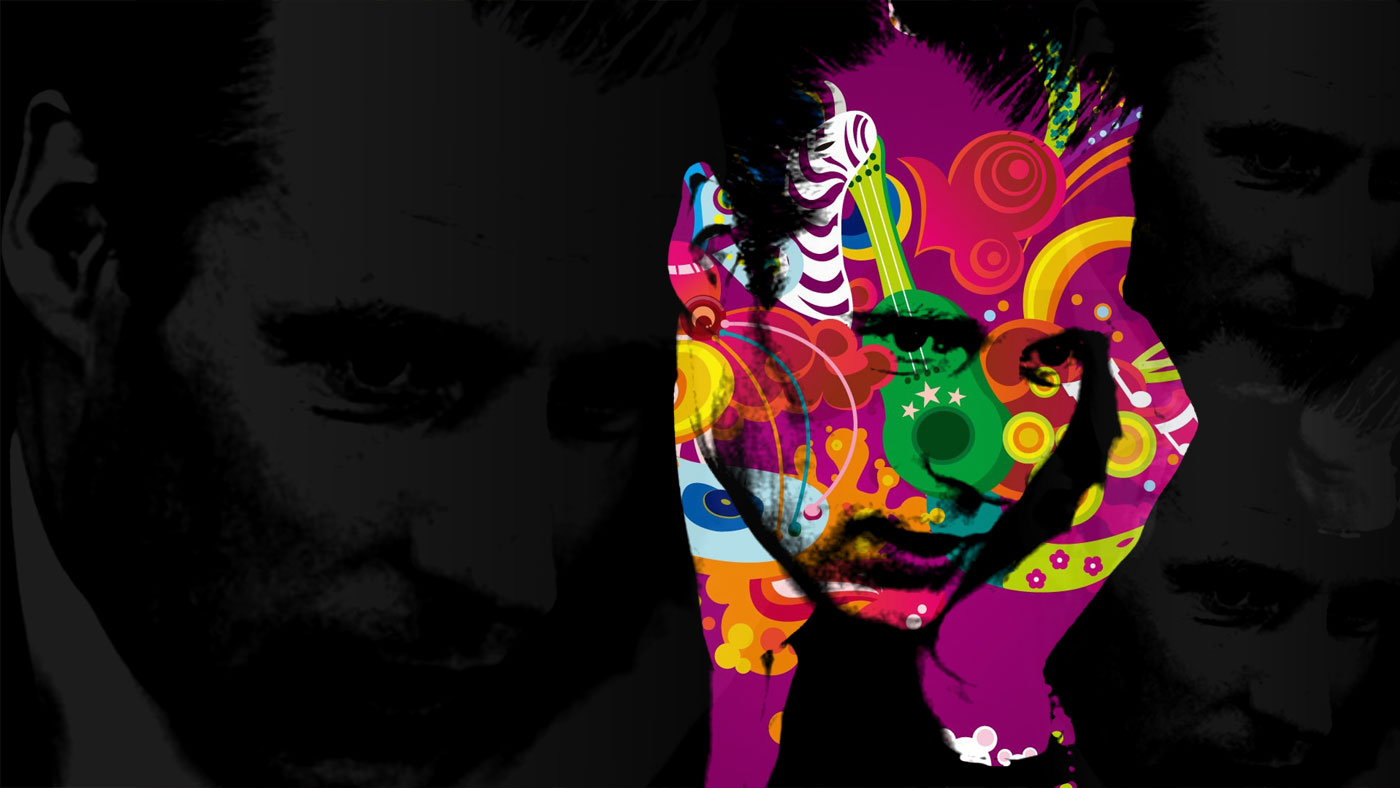